DAVID ALLISON
Founder
The Valuegraphics Project
After decades of award-winning work for some of the biggest brands in the world, David Allison found himself increasingly frustrated with the widely-accepted use of demographic labels to understand customers and prospects. Does anyone act their age anymore? Does gender dictate what we care about? Does income, education, or marital status explain why people behave the way they do?

Behavioral scientists had a better answer all along: what we value determines what we do. But there was no way to identify the shared values of a target audience. So, in 2015, David launched the Valuegraphics Project to create a detailed map of the core human values of everyone on earth.

Today valuegraphics are used by global humanitarian organizations and international consumer brands to engage target audiences eight times more powerfully than demographics allow. Finally, we can identify what our customers and prospects care about based on accurate data, instead of demographic stereotypes from days gone by.

David’s latest book was a best-seller within 24 hours of release, and INC Magazine named it one of the ten best leadership books of the year. His new book Valuegraphics: The OS for Your Target Audience will be published internationally in 2022.
How to Activate American Shoppers: A Behavioral Science World Premiere 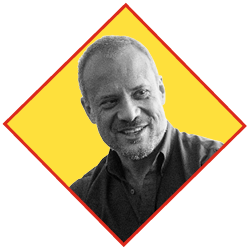